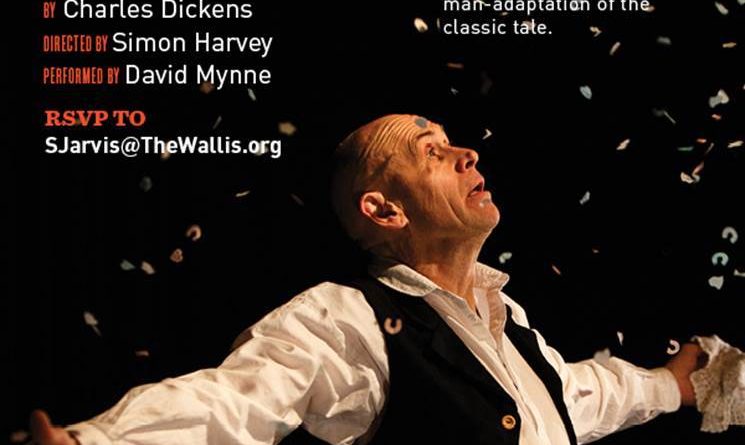 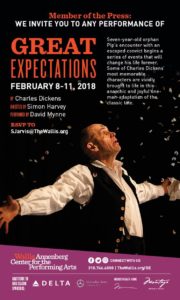 Kneehigh founder and owner of the world’s most malleable face David Mynne brings his extraordinary one-man portrayal of Charles Dickens’s Great Expectations to the Wallis Annenberg Center for the Performing Arts (The Wallis) for six performances only in February. With just a suitcase, bowler hat, tiny forge, candlestick, mirror and some cloth, Mynne tells the gothic tale of Pip’s journey through life and his great expectations at the hands of a mystery benefactor. Directed by fellow Kneehigh colleague Simon Harvey, Great Expectations will be performed in the Lovelace Studio Theater from Thursday, February 8 through Sunday, February 11. More information can be found at:http://thewallis.org/images/media/1516745457_TheWallis_GreatExpectations_PressRelease_FINAL.pdf.