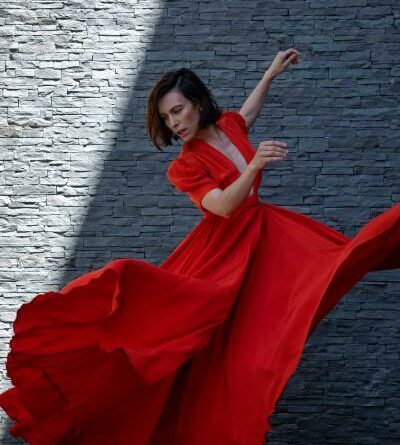 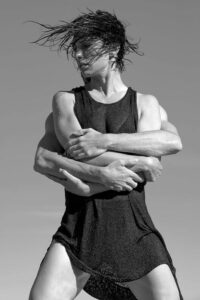 (Gerry Furth-Sides, copy and photos courtesy of the WALLIS) L.A.’s critically acclaimed BODYTRAFFIC returns to the Wallis Annenberg Center for the Performing Arts as the 2019/2020 Company-In-Residence, launching its highly anticipated residency with a three-night run featuring the world premiere of L.A.-based choreographer Michaela Taylor’s Snap, inspired by James Brown, the “Godfather of Soul,” on Thursday, on September 26, through Saturday, September 28, 2019, 7:30 pm, in the Bram Goldsmith Theater at The Wallis.

The contemporary dance company also presents the U.S. Premiere of psycho-dance-drama (d)elusive minds by Nederlands Dans Theater 2 Artistic Director Fernando Hernando Magadan; the West Coast Premiere of Resolve by the L.A.-based choreographic duo Wewolf, comprised of b-boy influencer Rubberlegz and dancemaker James Gregg, which brings heart-pumping electronic dance music to life through an intricate and unique movement style; and a reprise performance Matthew Neenan’s A Million Voices which had its World Premiere at the company’s Wallis debut in 2018.

The program reflects BODYTRAFFIC’s commitment to presenting master works by international choreographic superstars as well as repertoire that represents the strength of the Los Angeles dance scene through works by established and rising local choreographers. A talk-back with members of the company immediately follows the performance on September 28.

“BODYTRAFFIC, widely respected around the globe, has helped put L.A’s vibrant and thriving dance scene on the map,” says The Wallis’ Artistic Director Paul Crewes. “The Wallis will be spotlighting the distinctive artistic depth and breadth of this incredibly versatile company during its residency this season.” He also notes that “The Wallis’ 2019/2020 dance programming features Los Angeles-based companies exclusively, marking the first time a major Southern California performing arts venue has presented an all-local dance line-up during a single season.” 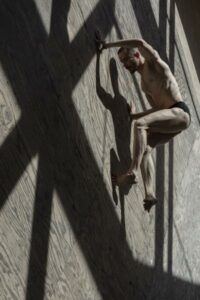 “We are so deeply honored to have found a home at the world-renowned Wallis Annenberg Center for the Performing Arts,” says BODYTRAFFIC Co-Artistic Director Tina Finkelman Berkett.  “BODYTRAFFIC and The Wallis’ missions are so closely aligned, in our common commitment to bringing the finest art to our hometown. We, at BODYTRAFFIC, love our city and feel endless pride for the honor we’ve had of representing it all over the globe; making an impact here at home is of huge important to us, and we are over-the-moon to have The Wallis’ support in carrying out this initiative.”

BODYTRAFFIC, which made its Wallis debut in 2018, bursts with “invention, attitude and urban edge” (The Boston Globe) and “sheer animal magnetism” (San Francisco Weekly). Founded in 2007 by Lillian Rose Barbeito and Tina Finkelman Berkett, BODYTRAFFIC has surged to the forefront of the concert dance world, recruiting great talent from around the globe to create world-class contemporary dance by distinctive choreographic voices.  In 2015, BODYTRAFFIC was selected by the Obama Administration to be cultural ambassadors for the United States via DanceMotion USA℠, a dynamic cultural diplomacy program that supports United States foreign policy goals by engaging international audiences through educational opportunities, cultural exchange, and performance. BODYTRAFFIC has also served as cultural ambassadors for the United States in Israel (2015), South Korea (2016) and Algeria (2017).

Tickets, $39 to $99, are on sale now. The Wallis Annenberg Center for the Performing Arts is located at 9390 N. Santa Monica Blvd, Beverly Hills. To purchase tickets and for more information, please call 310-746-4000 or visit TheWallis.org/bodytraffic.

About the Wallis Annenberg Center for the Performing Arts:

Since opening its doors in October 2013, The Wallis has produced or presented more than 275 dance, theatre, opera, classical music, cinema, and family programs to an ever-expanding audience. Located in the heart of Beverly Hills, California, The Wallis brings audiences world-class theater, dance, and music, performed by many of the world’s most talented and sought-after artists.