The LA Galaxy took on Toronto FC in an exciting July 4th matchup at the Dignity Health Sports Park. Both teams were missing two key players each from the Gold Cup after Sunday’s title game,  Jonathan dos Santos and Uriel Antuna didn’t play for the Galaxy and Toronto FC missed Jozy Altidore and Michael Bradley. 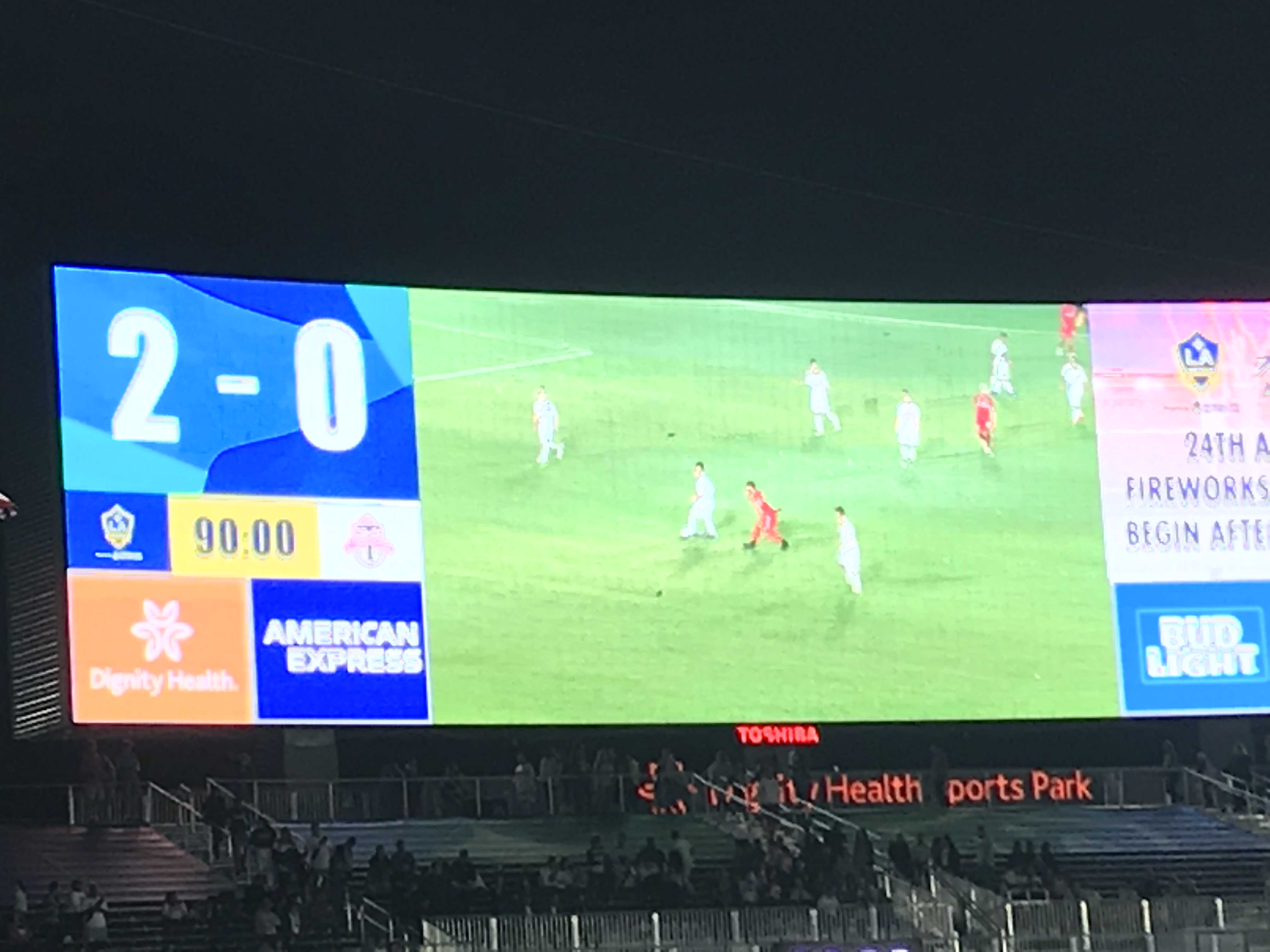 The main star was who else but Zlatan Ibrahimovic, who scored 2 second half goals and that was the final score 2-0. The team had gone 240 minutes without a goal so this was what they needed. The first goal was off a beautiful cross from teenager Efrain Alvarez and headed in by Zlatan who was falling backwards. Just amazing! The second goal was off an awesome pass from Emil Cuello and Ibrahimovic knocked it in easily. 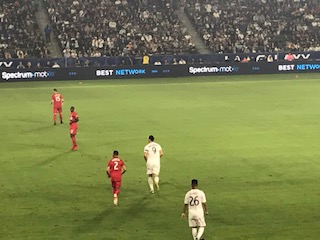 Galaxy goalie David Bingham  made 5 saves and was a key to the game. The team is still missing some other help for scoring especially since Romain Alessandrini got injured. LA is still in second place in the Western Conference only trailing local rival LAFC, with a big match coming up against them on July 19th back here at home. LA Galaxy Head Coach Guillermo Barros Schelotto had great things to say about the team and the youngsters.

Following the game was an amazing Fireworks show that was one of the best I have seen in a long time. Photos by Anna Turco