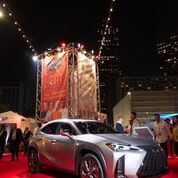 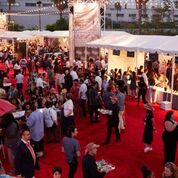 Another incredible event by the LA Food and Wine as we attended the burger throw down on Friday night and then the weekend day sessions.   Burger winners below as there was a lot of red meat with some veggie options and a great mix of wine, cocktails and spirits.

Saturday day was my favorite event with a fabulous assortment of some of LA’s best chefs and Favorites (hence LA Faves & Craves).  From some Asian influences, lobster rolls, other seafood dishes, tacos and more, we were stuffed.   Pez, Michaels and Slapfish were some top choices.

Sunday’s brunch theme specialized with a mix of breakfast and brunch dishes with more wine and spirits.  The food was very unique and not as high end as the day before.

LOS ANGELES (July 29, 2019) – In a collision of cuisine and culture, Southern California’s number-one food and wine festival, Los Angeles Food & Wine, is ramping up to its ninth rendition, August 22-25. Festival-goers will rub shoulders with the nation’s hottest chefs during the four-day epicurean extravaganza, with events spanning the City of Angels. Fans of fine food can score tickets a la carte at lafw.com.

Among the culinary supernovas on the festival marquee are the legendary Jeremiah Tower (“The Last Magnificent”), native Angelenos Nancy Silverton, Jet Tila and Alvin Cailan, and several celebrity chefs who have made the city their own, like Curtis Stone, Tim Hollingsworth and Antonia Lofaso. The festival will also showcase wines from across California and the world. 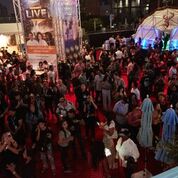 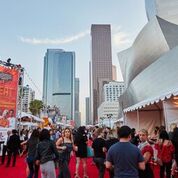 Los Angeles Food & Wine launches Thursday evening with a series of dinners at restaurants across the city. The action then shifts to the historic Barker Hangar at Santa Monica Airport, one of LA’s premier event spaces, for the rest of the weekend. Among the 14 culinary star-studded events: 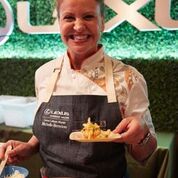 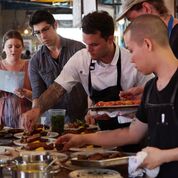 Photos above by Stephanie Parkinson

Prodigal Events, LLC (Prodigal), creates unique experiential opportunities in the hospitality, entertainment, and experiential world. Prodigal produces two of the world’s most loved and recognized culinary events, Pebble Beach Food & Wine and the Los Angeles Food & Wine Festival, both recognized for the curation of the highest caliber of culinary and wine talents to create once-in-a-lifetime experiences.