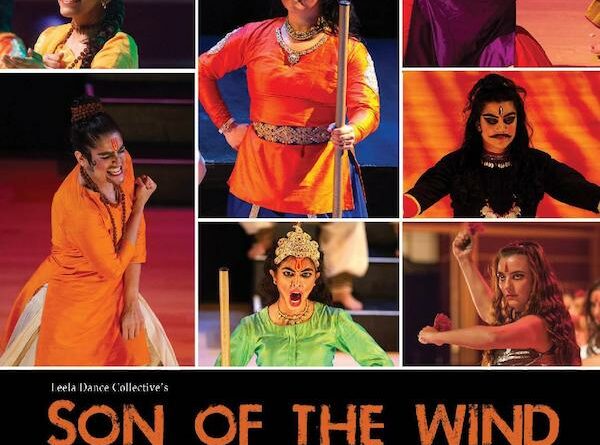 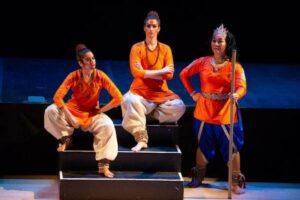 Atlas Obscura presents Red Thread, a theatrical exploration of the concepts of chance and chaos with performer and award-winning magician Siegfried Tieber.   Using sleight of hand, magic, and illusion, Tieber’s latest creation guides participants through an unlikely journey, blurring the line between the improbable and the impossible. 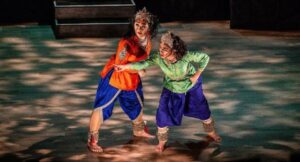 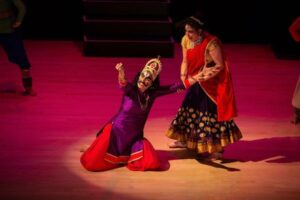 Scheduled to run for six weeks, each Red Thread show will only accommodate 34 guests. It will be a unique 90-minute adventure,  Thursday, Friday and Saturday at 8:00pm and Sundays at 7:00pm, plus a late show on Fridays at 10:30pm and a matinee on Sundays at 4:00pm.

As with Tieber’s wildly successful show See/Saw (2017 in LA/2018 in NYC), Jon Armstrong, an award-winning magician/sleight of hand expert, is once again on board as Red Thread’s artistic director. Tickets for this limited engagement will cost $74.00 each. Tickets will go on sale in August. Find Pskaufman Gallery at 8thStreet & Werdin Place, Los Angeles, CA 90014 (down the alley). The unconventional venue will be transformed for this unique experience. Recommended ages for audience members is 16+.

Tieber explains, “Every time we flip a coin, we create two possible outcomes—there is a fork in the road, if you will. Rolling a die opens 6 doors; shuffling a deck of cards creates more possibilities than the human mind can imagine. Every outcome is the starting point of further possibilities. It doesn’t take long before this starts to look like a labyrinth: some paths converge, some run parallel to each other, some are dead ends. Like the Greek mythological princess, Ariadne—who gave Theseus a thread when he entered the labyrinth—my hope is to take the audience with me and guide them through this journey.”

Tieber’s next project, before the premier of Red Thread in Los Angeles, will take him to Colombia and his native Ecuador for a limited series of performances, during which he’ll share the stage with three of the most distinguished magicians of those countries. The name of the project, Bicéfalo (“Bicephalous” in English), alludes to the dual nationalities of the performers on stage.

Siegfried Tieber is a Los Angeles-based performer and sleight-of-hand magician. Born and raised in Ecuador, his first international appearance was in 2011 in Bogotá, Colombia. In 2015, Tieber headlined at the Edinburgh Fringe Festival, the largest arts festival in the world, where his performance was highly praised by fans and critics. In 2017, he was invited to be part of Penn & Teller: Fool Us, a television series featuring the legendary performance duo (yes, he did fool them). Tieber’s work has been featured in media outlets such as Forbes, Huffington Post, Los Angeles Times, and many others. In 2018, Time Out NY listed his show See/Saw as #1 in its “The Best Magic Shows in New York City.”

Tieber is a proud member and regular performer at the Magic Castle in Hollywood, an exclusive private club and the world’s most prestigious venue for the performance of magic.

Jared Kopf is considered by many one of the most influential thinkers in the field of magic. He is a performer based in Dallas, Texas. His work has been featured in multiple countries around the world and his publications—Vaticinium ex Eventu and Nothing but the Family Deck—have received critical acclaim.

Jon Armstrong (Artistic Director) –is an internationally acclaimed sleight-of-hand artist, lecturer and consultant. He has received numerous honors including “Close Up Magician of the Year,” awarded by the world-famous Magic Castle/Academy of Magical Arts, where he is a regular performer.

Atlas Obscura is the definitive guide to the world’s wondrous and curious places. It is a digital platform, a producer and publisher, and a real-world community that defines wonder and discovery for our generation.  The hope is to inspire the individual and the community to step into this world of wonder.