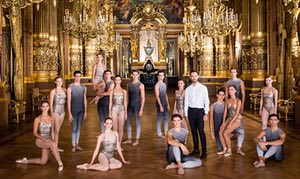 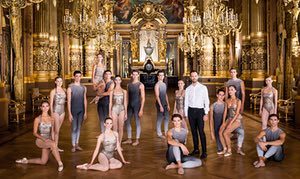 Editors note: Reset (2015)  – A SUNDANCE NOW EXCLUSIVE This film will be available for home viewing only in the U.S. beginning March 2. Please see bottom of the page.

(Barbara Kline, New York.)  The film RESET opens with a glimpse of Paris Opera Ballet Gala celebration of choreographer Benjamin Millepied’s new work. In a flash the scene shfts to the grand foyer. Millepied alone, his back to the camera, experiments. Rapid-fire footwork leads to movement of his upper torso luxuriously extending through his arms. His physicality, the syncopated rhythms juxtaposed with the slow reach of his upper body movement delighted me. The countdown to opening night begins. 39 days left to complete the work. I couldn’t wait for more. I was hooked. 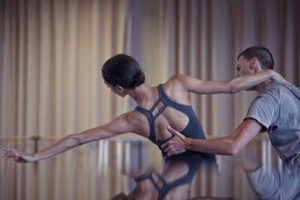 Millepied chose sixteen young dancers from the corps de ballet deciding they would be open to his way of working. His joy in his work, passion for his art, generosity in the way he relates to and nurtures his dancers culminates in gorgeous, lush, inventive dance. He inspires, encourages these young dancers’ individuality, their full personas, their desires as dancers, enabling them to soar as artists. What a gift.

The music becomes a constant presence for Millepied, his earphones as much a part of his wardrobe as the jogging pants he wears (unconventional studio garb at the Paris Opera Ballet). Plugged into the complex music score by Nico Muhly, Millepied responds to the rhythms; head and torso moving, even as he answers the ballet company’s administrator’s many questions confirming TV appearances, photo shoots, rehearsal scheduling, and more.

His thoughts never waver from the piece he’s creating. It’s as though his brain can split in several directions at once. He remains charming and calm throughout.

Millepied doesn’t seem to create the ballet in sequence. In the film we see him first choreographing a series of sensuous pas de deux. He talks about the sexual feeling of dancing full out, extending yourself just beyond what’s safe. He likens a pas de deux to making love. The larger and full group sections are highly inventive. Even though he starts a spatial design, a moving ring that I’ve seen often, suddenly he surprises with an unconventional change in the pattern design and movement.

The camera work adds to the beauty. Too many close-ups of the torso and arms frustrate me. I like to see the full body in motion. But, rather than annoy, in this case, the camera’s eye feels like an extension of mine. The close-ups allow me to bask in the beauty of the dancer’s face, extension of gesture, the arching of the back and neck.

And there are enough full studio and dancer frames to more than satisfy. The use of slow motion also enhances the viewing experience. It is as though the camera becomes part of the company of dancers. Millepied talks throughout the film, to his dancers, his administrators, the composer, designers. Every now and then he looks straight into the camera as though he’s letting us in on the conversation, or telling us something important he wants us to know.

Tension builds as the countdown to opening night nears. Now the camera pulls back to show the full company rehearsing sections of the ballet on stage alternately with full frame shots of studio rehearsals. We feel the pressure intensify as all of the elements completing the process gel: rehearsing with the orchestra; spacing on stage; dancing in costume for the first time, only to discover the short hooped skirts distract from the work so they are discarded. (I cheered that decision); adding the stark lighting that completes the artistic vision.

And then it’s opening night. For the first time you see the opening, parts of the pas de deux, the drama of the men’s section, the powerful ending. The film alternates seamlessly from performance to studio rehearsal and back to the stage again. The dancers perform magnificently. Millepied is ecstatic.

Every aspect of this film satisfies completely. I feel as though my comments only skimmed the surface. I want to say that Benjamin Millepied is a dancer’s dancer. I will look at every repertory performed in my city hoping to find and attend a live performance of this work he titled “CLEAR LOUD   BRIGHT FORWARD.” If the creative process fascinates you, if you love dance, if you’re just curious, don’t miss this magnificent movie. I should mention that it is a French production, in French with English subtitles.

Several dance films about the process of bringing a ballet from inception to the stage have been made in the past decade including one about the Paris Opera Ballet.

“La Danse,” produced about eight years ago focused on the administration side of the company as well as the works of seven choreographers commissioned to make ballets for them. I felt the intensity of the process, including the angst.

More recently, “422” New York City Ballet’s choreographer in residence Justin Peck made a film about his process going into detail about every aspect of bringing a work to life: costume design, lighting, his talk with the musicians regarding their interpretation of the score. Millepied’s concern for his dancers, his worries about the rigid atmosphere produced by the school resulting in tension and even fear, his desire and success in freeing each of his dancers to express themselves fully as dancers, as artists, as people, sets this film apart. 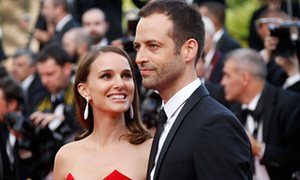