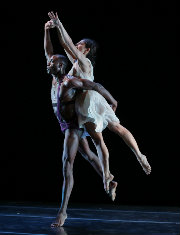 (Gerry Furth-Sides) The incomparable, legendary Limón Dance Company has been at the vanguard of American modern dance since its inception in 1946. Now, the Company celebrates its living legacy of dance theater developed by Mexican American José Limón and his mentors Doris Humphrey and Charles Weidman, whose innovative works revolutionized American dance in the middle of the twentieth century and set a new performance standard. 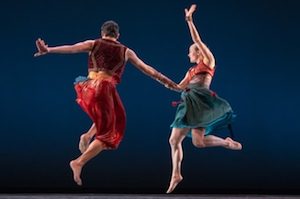 This two-night program of historic dance pieces comes to The Wallis for the first time on Friday, March 24 and Saturday, March 25 at 8pm. The program will include Concerto Grosso, Chaconne, Corvidae, The Exiles and The Moor’s Pavane. A special post-show conversation with the artists will be held after the March 24th performance.

“The Limón Dance Company continues to influence and develop modern dance as it celebrates its 70th birthday,” said Paul Crewes, The Wallis’ Artistic Director. “These two nights are a rare opportunity to experience both classic Limón programs and two contemporary pieces. It is an honor to have them on our Bram Goldsmith Theater stage for their debut at The Wallis.”

Single tickets are now available for $39 – $99. For more information or to purchase tickets, visitTheWallis.org, call 310.746.4000, or stop by in person at the Wallis Annenberg Center for the Performing Arts Ticket Services located at 9390 N. Santa Monica Blvd., Beverly Hills, CA 90210. Ticket prices subject to change.

In an evening of musicality, athleticism and drama, the contemporary and the classic resonates together in the Limón Dance Company’s first season of performances under its new Artistic Director, Colin Connor.

The Wallis evening program begins with two classic Limón works—the elegant and warmConcerto Grosso (1945) and Chaconne (1942), his powerful solo. The first half ends with the intensity and individuality of the company’s dancers in Colin Connor’s driving Corvidae (2016).

The second half of the evening’s program will feature one of Limón’s greatest works, The Moor’s Pavane (1949). This distilled telling of Shakespeare’s Othello is followed by the dramatically luminous and sharply etched Night Light (2014), choreographed by Kate Weare.

About Limón Dance Company:
Hailed as one of the world’s greatest dance companies, the Limón Dance Company has been at the vanguard of American Modern dance since its inception in 1946. After Limón’s death in 1972 the Company pioneered the idea that it was possible to survive the death of its founder, setting an example for the entire dance field. Entering its 71st year, the Company is renowned for its technical mastery and dramatic expression, and demonstrates both the timelessness of José Limón’s works and the humanistic vision that guides the repertory choices. Founded in 1946 by José Limón and Doris Humphrey, the Company was led by Carla Maxwell, who worked closely with Limón, from 1978 until 2016 when Colin Connor assumed artistic leadership as the 5th Artistic Director in the Foundation’s history. The Company has been committed to producing and presenting programs that balance classic works of American modern dance with commissions and acquisitions from contemporary choreographers, resulting in a repertory of unparalleled breadth. In its first half-century, the Company achieved many important milestones: it was the first group to tour under the auspices of the American Cultural Exchange Program (1954), the first dance troupe to perform at Lincoln Center (1963), and has had the honor of appearing twice at The White House (1967 and 1995). More recently the José Limón Dance Foundation was awarded a 2008 National Medal of Arts, the nation’s highest honor for artistic excellence.