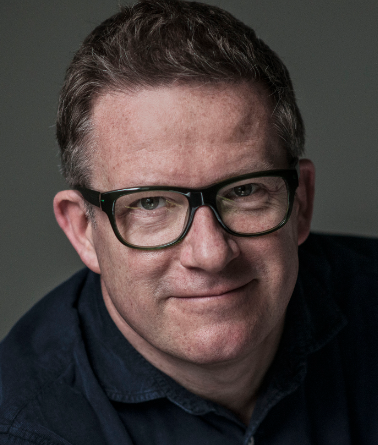 Matthew Bourne’s Early Adventures makes its debut in the dance company’s only U.S. appearance this spring at the Wallis Annenberg Center for the Performing Arts.  Matthew Bourne will be at the jewel of an intimately small theatre with perfect sight lines and sound, where you are almost a part of the performance itself at the Wallis! 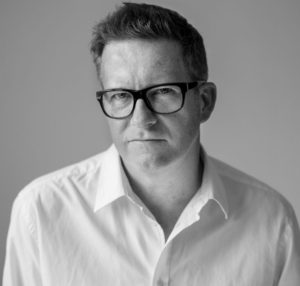 Three works comprise Matthew Bourne’s Early Adventures—Watch with Mother, Town and Country and The Infernal Gallop—all from the beginning of the choreographer’s career. Bourne, who just this month garnered two Olivier Awards for The Red Shoes, making him a seven-time Olivier Award winner, received his first Olivier nomination for Town and Country in 1992. 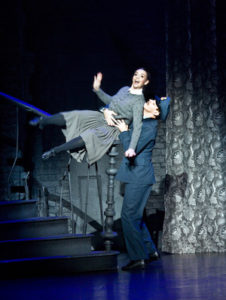 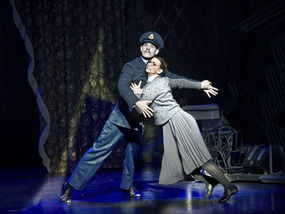 What can you say about Matthew Bourne’s work except “you have to see it for yourself.  I remember being so entranced with his ballet, “Cinderella,” at the Amhamson Theatre that I got a friend to come back with me the next night to see it all over again. It was the last performance of the run or I would have returned! 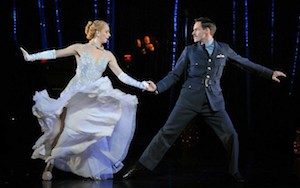 Britain’s most celebrated and acclaimed choreographer and director is aptly described as having “nascent wit and wondrous early flair. For close to 30 years he has been creating and directing dance for musicals, opera, theatre, film as well as his own highly successful, award-winning companies.

Matthew is the creator of the world’s longest running ballet production, Swan Lake, a seven-time Olivier Award winner, and the only British director to have won the Tony Award for both Best Choreographer and Best Director of a Musical.

He has been recognised by over 40 international awards, including following Dame Margot Fonteyn as only the second dance recipient of the Hamburg Shakespeare Prize for the Arts and being the first recipient, in the arts category, of The British Inspiration Award. He is also the proud recipient of the Evening Standard Award, South Bank Show Award, Time Out Special Award, Drama Desk Award, six Los Angles Drama Critic Awards and the Astaire Award for Dance on Broadway. In 2007 he received a Special Theatre Managers Association Award for services to dance touring and audience development and was awarded the OBE for Services to Dance in 2001.

“Matthew is among the most inventive and dynamic working internationally in dance today,” said the organization’s Artistic Director Paul Crewes. “I couldn’t be more delighted to welcome him to The Wallis for this premiere, and to present the only U.S. engagement of this work. These pieces were created at the beginning of Matthew’s career as a choreographer, but still look as fresh today as they did then.”

Single tickets are now available for $39 – $99. Dance series subscriptions are available for purchase starting at $117. For more information or to purchase tickets, visit TheWallis.org/Bourne, call 310.746.4000, or stop by in person at the Wallis Annenberg Center for the Performing Arts Ticket Services located at 9390 N. Santa Monica Blvd., Beverly Hills, CA 90210. Ticket prices subject to change.

About Matthew Bourne’s Early Adventures Program:
As part of the company’s 30th Anniversary celebration, Matthew Bourne’s Early Adventures returns to his roots providing audiences the singular opportunity to experience the foundational work that launched his career and saw the birth of the specific style, wit and sheer entertainment that have become hallmarks for his company New Adventures.

Matthew is the creator of the world’s longest running ballet production, a seven-time Olivier Award winner, and the only British director to have won the Tony Award for both Best Choreographer and Best Director of a Musical. He has been recognized by over 40 international awards. He is also the proud recipient of the Evening Standard Award, South Bank Show Award, Time Out Special Award, Drama Desk Award, six Los Angles Drama Critic Awards and the Astaire Award for Dance on Broadway. In 2007 he received a Special Theatre Managers Association Award for services to dance touring and audience development and was awarded the OBE for Services to Dance in 2001.

Matthew started his dance training at the comparatively late age of 22. He danced professionally for 14 years creating many roles in his own work. As Artistic Director of his first company, Adventures in Motion Pictures (1987-2002) Matthew created many award winning works. Further hit productions were created when New Adventures was launched in 2002, becoming the UK’s busiest and most successful dance company.

Matthew is also a West End and Broadway choreographer; his relationship with producer, Cameron Mackintosh has resulted in the globally successful musicals Mary Poppins, My Fair Lady and Oliver!

His film work includes television productions of his stage work including being the subject of a South Bank Show in 1997, a BBC Imagine documentary in 2012 and a Channel 4 documentary, “Bourne to Dance,” which was broadcast on Christmas Day 2001. In 2015 his recent revival of The Car Man was broadcast on SKY TV and screened in cinemas worldwide throughout 2016.

In addition to being a prolific choreographer, Matthew supports the wider dance industry and its future. He is proud to be an Associate Artist and Resident Company at Sadler’s Wells where New Adventures have played record-breaking Christmas seasons since 2002. In 2008 he established Re:Bourne to increase opportunities to inspire young people with a passion for dance.

In 1997 Matthew was made an Honorary Fellow of his former college, The Laban Centre, becoming a Companion of Trinity Laban Conservatoire of Music and Dance in 2012. He has six Honorary Doctorates from The Open University, and the De Montfort, Plymouth, Kingston and Roehampton Universities, as well as the Royal Conservatoire of Scotland. He is also a Companion of Liverpool Institute of Performing Arts and a proud patron of many organisations including The Arts Educational School, Laine Theatre Arts, CREATE and Shoreditch Youth Dance.

In 2014 Matthew Bourne was awarded the De Valois Award for Outstanding Achievement at the National Dance Awards. In 2015 he became the first dance figure to be given The Stage Award for Outstanding Contribution to British Theatre presented by the UK Theatre Awards. He was knighted in the Queen’s New Year Honours 2016 for services to dance and the Queen Elizabeth II Coronation Award in recognition of his outstanding services to ballet.

In 2016, New Adventures presented the World Premiere of Matthew Bourne’s latest work, The Red Shoes. It has since been performed to sell out audiences across the UK and won two Olivier Awards in 2017 for Best Entertainment and Matthew Bourne for Best Theatre Choreographer.

For more information about The Wallis, please visit: TheWallis.org.