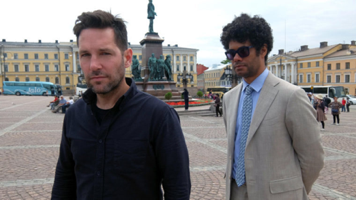 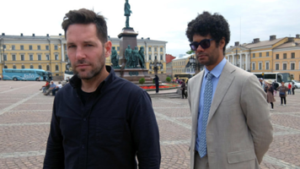 Sundance is excited to share British series TRAVEL MAN: 48 HOURS IN…, which is available for the first time ever to viewers in US and Canada beginning March 16 only on Sundance Now. Seasons 1-3 features comedian Richard Ayoade spending 48 hours traveling around cities like Copenhagen, Moscow, and Marrakesh with celebrity guests.

Below is the list of Sundance Now exclusives and Sundance Now titles only available on the streaming service. For a full list, you can view them here.

An FBI undercover agent infiltrates the mob and finds himself identifying more with the mafia life, at the expense of his regular one.

A documentary about actor/director Dennis Hopper, showing him at his home and studio putting together his film THE LAST MOVIE.

Marnie just graduated from college, drinks likes she’s still in school, and is looking for a temporary job but a permanent boyfriend. She loves a guy who doesn’t love her, ping-pongs between awkward romantic alternatives and even less suitable jobs.

Richard Ayoade and a celebrity guest spend 48 hours in a popular city to discover the must see tourist attractions.

A film following Britain’s real-life ghost hunter and skeptic Harry Price, who investigated tales of the paranormal and supernatural throughout the 1920’s and 1930’s.

SECRET STATE explores the relationship between a democratically elected government, big business and the banks.

25 years ago, Jane saw a man killing her mother. Today, she’s a well adjusted wife and mother herself. While having a physical, she notices a doctor who looks like the killer and reports him. No one believes her – except one cop.

In a country locked between Egypt and Israel, Gaza’s youth are drawn to their beaches. Weary of the daily ‘state of emergency’ they seek meaning and perspective to their lives through surfing.