PETER BOGDANOVICH TO BE HONORED AT OPENING NIGHT

BOGDANOVICH APPEARS IN THE FILM 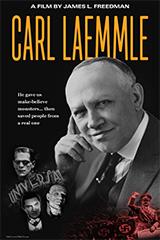 “Carl Laemmle” is a feature documentary about the extraordinary life story of a Hollywood titan who gave the world make-believe monsters then saved people from a real one named Hitler! This is the story of a German-Jewish immigrant who founded Universal Studios, and later fought to rescue over 300 Jewish families from Nazi Germany. It was Laemmle as much as anybody who invented the modern movie business. Back in 1908, he led the fight against Thomas Edison’s ruthless attempts to monopolize the film industry. He also led the immigration of filmmakers to Hollywood where he founded Universal Pictures and created Universal City, an entire city built for the sole purpose of making movies.

Carl Laemmle – known to everyone as Uncle Carl – turned out a highly profitable roster of monster movies, westerns, and comedies. With an unerring eye for talent, he hired many who would go on to become Hollywood legends: Walt Disney, John Ford, Irving Thalberg, William Wyler, and others. Rare for his time, Carl also valued talented women – as he frequently hired female directors.

Shortly before Kristallnacht, Carl Laemmle began doing what few studio heads would do: rescuing Jews from Nazi Germany. Battling not just the Nazis, but the U.S. State Department (then notoriously anti-Semitic and uninterested in the fate of European Jews), Carl wrote hundreds of affidavits and spent a great deal of his fortune finding jobs and homes for German refugees. By the time of his death in 1939, Carl Laemmle had saved over 300 Jewish families, creating a legacy in their many descendants that thrives to this day.

Blue Note Records: Beyond the Notes 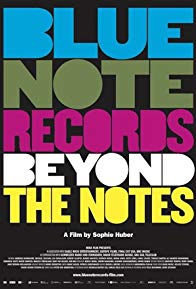 The iconic jazz label Blue Note Records, founded in New York by two German Jews who fled Berlin became the home to Thelonious Monk, John Coltrane, Miles Davis, Art Blakey, Herbie Hancock, Norah Jones and so many more. In 1939, Alfred Lion and Francis Wolff, both with a passion for jazz, a musical genre banned in Nazi Germany, established Blue Note Records. Blue Note’s history goes beyond the records, encompassing the struggle of black artists to be heard, fair royalties, and the idea of music as a revolutionary force. It would become the most influential jazz label of the post-war era. Everyone who mattered in jazz recorded for Blue Note. This film looks back to the glory days while showing how the label, now under the supervision of the Grammy Award-winning, master producer Don Was,remains socially and musically relevant. No jazz lover will want to miss this revelatory and thrilling musical feast.

Q&A with Don Was, President of Blue Note Records

CHEWDAISM: A Taste of Jewish Montreal

Written and Directed by Eli Batalion and Jamie Elman 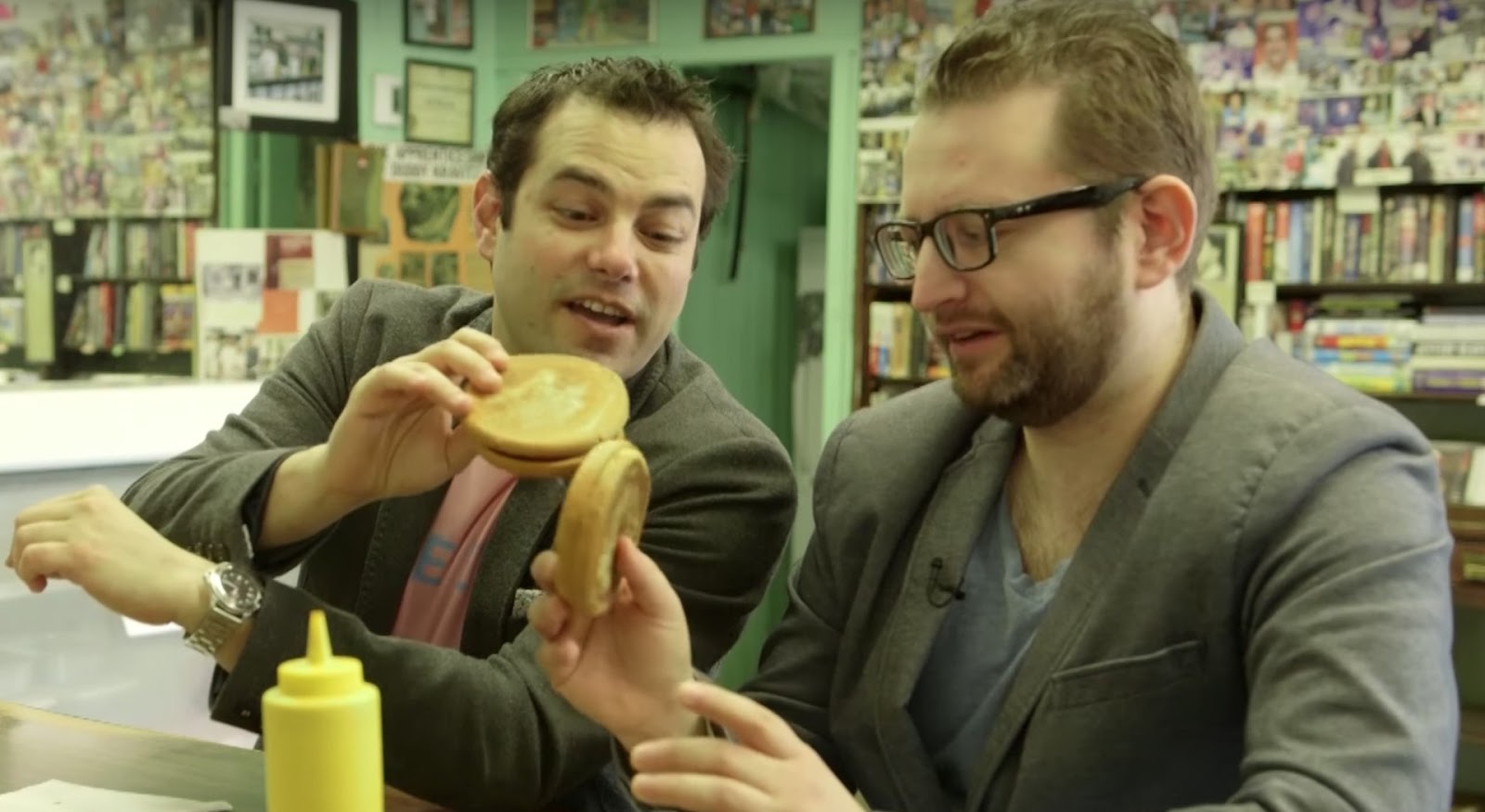 The hilarious comedic duo behind the viral Yiddish-language web series YidLife Crisis return to their city of birth, Montreal, on a mission. On the verge of middle age, Eli Batalion and Jamie Elman have a hankering for the Jewish Montreal of their youth and its rich culinary heritage. They set out to eat their way through the city in 24 hours; From bagels for breakfast, deli-smoked meats at lunch, to a raucous Sephardi dinner. Along the way they re-engage and discover the storied Jewish community and its mouth-watering eateries, unlocking its intriguing past and marveling at its vibrant present and future.

A delightful short film about memory, history, and the enduring meaning of a beloved chocolate soda drink born in Jewish immigrant neighborhoods at the turn of the 20th century. The egg cream contained neither eggs nor cream – it was a product of necessity and hardship, but a source of joy and sweetness.

ROBERTA GROSSMAN at the Q&A in person! (Hollywood Location)

In commemoration of Yom HaShoah

WHO WILL WRITE OUR HISTORY

English and Yiddish and Polish with English subtitles

“Who Will Write Our History” Presented by LA Jewish Film Festival

This new film by Roberta Grossman and Nancy Spielberg

In November 1940, days after the Nazis sealed 450,000 Jews in the Warsaw Ghetto, a secret band of journalists, scholars and community leaders decided to fight back. Led by historian Emanuel Ringelblum and known by the code name Oyneg Shabes, this clandestine group vowed to defeat Nazi lies and propaganda not with guns or fists but with pen and paper. Now, for the first time, their story is told.

Based on the book by Samuel Kassow, this film was written, produced and directed by Roberta Grossman (Hava Nagila, Above and Beyond) and executive produced by Nancy Spielberg (Above and Beyond). Who Will Write Our History mixes the writings of the Oyneg Shabes archive with new interviews, rarely seen footage and stunning dramatizations to transport us inside the Ghetto and the lives of these courageous resistance fighters.

Celebrate (Israel’s Independence Day) with this LA premiere about Golda Meir, the mother of Israel! With an appearance by special guest and star of the film, TOVAH FELDSHUH! 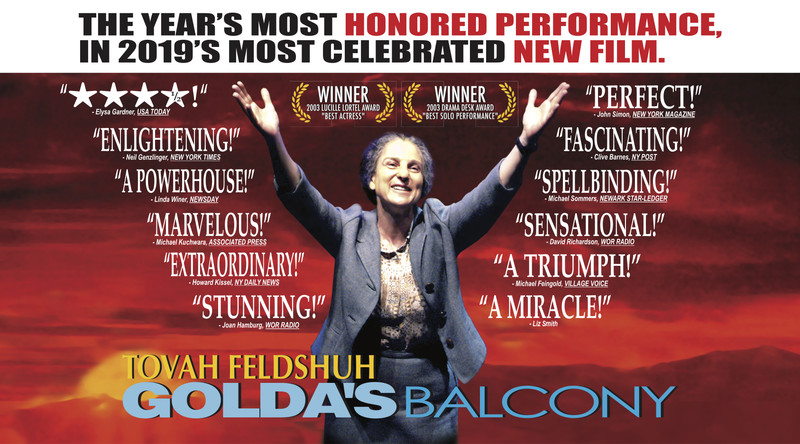 Tovah Feldshuh recreates her award-winning, mesmerizing performance as Golda Meir in GOLDA’S BALCONY (2019), the final masterpiece by the author of The Miracle Worker, William Gibson. The film, from a rare, multi-camera shoot from the play’s original run was recently unearthed (literally, from a safe) and assembled into a new but absolutely riveting motion picture.

“SHEPHERD: THE STORY OF A

SHEPHERD: THE STORY OF A JEWISH DOG

English and English subtitles when needed

Set during World War II, SHEPHERD is a family feature film about a beloved and valiant German Shepherd and a boy, Joshua, played by Disney star August Maturo (“Auggie” in Girl Meets World series). The story and script portray heroism during a crucial time in world history, while celebrating the significance of our canine companions.

Kaleb, a beloved German Shepherd, is separated from his Jewish family when the Nuremberg Laws are enacted in WWII Berlin. He is adopted by an SS Officer who trains him to attack and round up Jews at a death camp. Kaleb is well cared for and good at his job until one day when he is distracted by a familiar scent. His original master, a young boy named Joshua, has arrived as captive at the camp. Kaleb is overjoyed and Joshua finds solace in secretly visiting his dog at night. Joshua’s life is at risk. Together they escape the camp and after months of near-death experiences, they are found by partisans who help Joshua make safe passage to Israel.

Based on the international bestseller by Robert Seethaler 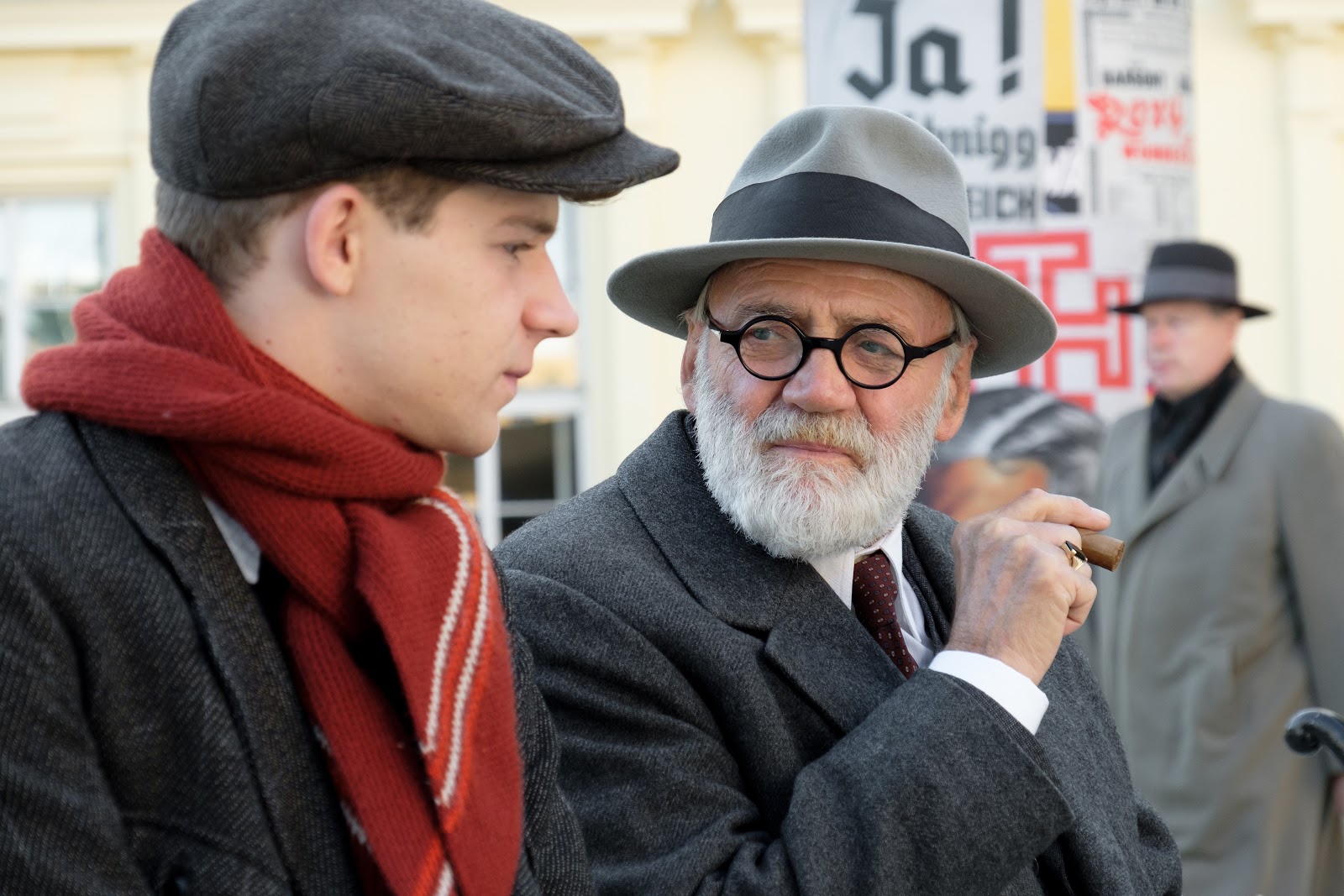 Starring veteran actor Bruno Ganz (Downfall, Wings of Desire) as Sigmund Freud, in one of his final roles before his death in February.

Based on the international bestseller by Robert Seethaler, this film is a tender, coming-of-age, heart-breaking story about one young man and his friendship with Sigmund Freud during the Nazi occupation of Vienna. Naïve 17-year-old Franz is sent by his single mother from his lakeside home to Vienna to apprentice with Otto Trsnjek, a kindly World War I veteran in his tobacco shop. There he meets Sigmund Freud (Bruno Ganz), a regular customer, and over time the two very different men form a singular friendship. When Franz falls desperately in love with the music-hall dancer Anezka, he seeks advice from the renowned psychoanalyst. As political and social conditions in Austria dramatically worsen with the Nazis’ arrival in Vienna, Franz and Freud are swept into the maelstrom of events. Each has a big decision to make: to stay or to flee?

A short animated film that tells the story of a young Jewish couple in Berlin who, separated by the fear of prosecution in 1933 Nazi Germany, make loose plans to reunite on the safe tropical shores of Brazil. The film is based on actual correspondence recovered by their grandchildren 80 years later. The film presents a peculiar love story tainted by the harsh historical context of its time, with a light touch and real-life poetry.

Sponsored by the Consulate General of the Federal Republic of Germany