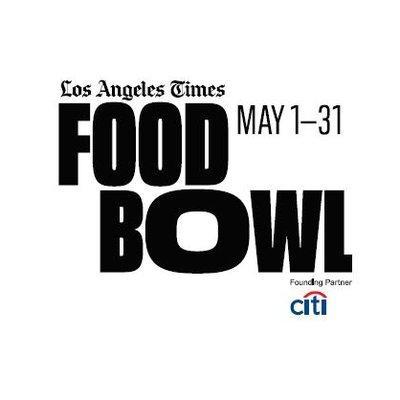 The evening will begin with Mesamérica L.A. at the Million Dollar Theatre in downtown Los Angeles. Mesamérica L.A. is the first incarnation of chef Enrique Olvera’s celebrated symposium to be held outside of Mexico. Olvera and L.A. Times Food Editor Peter Meehan have curated a program that explores the culinary and cultural interconnectedness of Mexico City and Los Angeles to celebrate the sister cities’ 50-year anniversary. Art, architecture, identity and the meaning of tacos will be explored through talks, video and song.

Following Mesamérica L.A., a DFiesta progressive party will take place next door at Grand Central Market and at the nearby La Cita Bar. Most of the market will feature for-purchase chef collaborations, roving Mariachi bands and other Mexico City-inspired merriment. Purchase of a DFiesta ticket will include access to a curated section of the market featuring special one-night-only offerings from the restaurants listed below. The DFiesta will continue with post-reception cocktails and entertainment at La Cita Bar, just south of the market.

LOS ANGELES – April 1, 2019 – The Los Angeles Times announces the program schedule of almost 200 events for Food Bowl, its month long festival in May celebrating the city’s dynamic food scene. It will feature events with many of the chefs and restaurants that have helped put Los Angeles on the map, along with rare local appearances by internationally renowned chefs. The extensive lineup of dining events, panel discussions, chef collaborations, volunteer projects, and other food and drink-inspired happenings can now be found at lafoodbowl.com with a program guide to be distributed with the April 14 print edition of the Los Angeles Times.