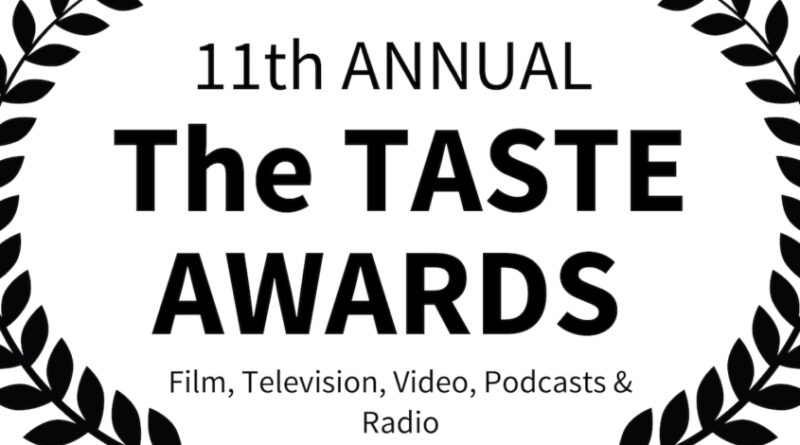 The 11th Annual TASTE AWARDS are proud to announce

The TASTE AWARDS are pleased to pre-announce the Award Winners in selected categories as well as various Special Achievement Award Winners (Honorees) for its 11th Anniversary Year.

In addition, the awards announce that this year’s 11th Anniversary Red Carpet Awards Show, Reception and Ceremony will take place on March 9th, at the Writers Guild Theater in Beverly Hills.

Tickets for nominees, inductees, honorees and fans can be reserved here.

Finalists and Honorees are selected primarily from work and content broadcast between October 2018 and October 2019, including public and media screenings.

The TASTE AWARDS in Hollywood are the premier awards celebrating the year’s best in Food, Fashion, and Lifestyle programs on Television, in Film, in Streaming  & Online Video, in Apps, and in Podcasts and on Radio.

The Awards have included appearances by stars, celebrities, producers and executives from networks and platforms such as the Food Network, the Style Network, Bravo, the Cooking Channel, TLC, Discovery, Lifetime, E! Entertainment Television, PBS, Create TV, APT, NBC, ABC, the CW, HGTV, the Travel Channel, HD Net, Hulu, YouTube, Dreamworks, Esquire Network, FYI Network, The History Channel, Bio, iHeart Radio, Sony Pictures, APT, Myx TV, Netflix, Amazon Prime, and more.
www.TheTasteAwards.com
Our publication has been in business since 1999. We cover many topics with positive publicity and aim to provide features on all of our stories with contact info and direct website links. Our articles stay up forever and we can put up advance pr as well. We focus on travel, food, lodging, sports, entertainment, health, product reviews and more. A full list of our topics can be found on our home page.