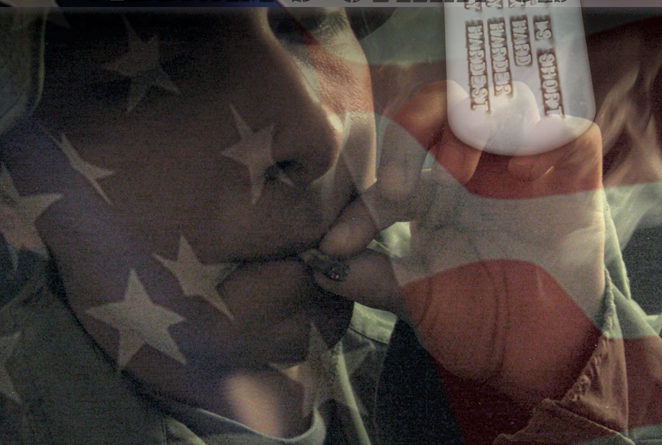 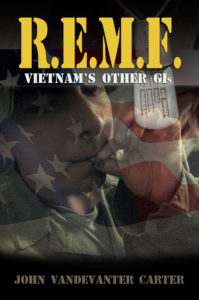 (Roberta Deen)I am sitting here in the late afternoon of 4th of July, 2018. I am old enough to have lived through the good and the bad of the 60’s and 70’s. I remember the rise of the unrest over drugs, racism, and war. I was raised in an Air Force Lieutenant-Colonel’s home. My dad started out, just like Mr. John Vandevanter Carter, a lowly, inexperienced 2nd Lieutenant. He was a fighter pilot in China and India during WWII, a jet fighter pilot when we returned from Germany, and a air space negotiator in the Philippines, Okinawa, Hawaii and California until he retired. He spent time in Da Nang and Saigon. So, I had some background with the topic of Mr. Carter’s book.

I just completed reading “Van” Carter’s “R.E.M.F.”, a Vietnam war account of what it was like to be in country, mostly safely, far behind the front lines.  Because of its crudeness,  I can’t even translate the title from military speak.

Thispersonal military story doesn’t deal with the fighting soldiers slogging through rice paddies, tunnels, and snipers. Those men are often referred to as “grunts” but the rear echelon military did all the grunt work of supporting and running the war. It is true, that R.E.M.F.  were rarely acknowledged as anything but dead weight by the actual fighters, and lumped in with the front soldiers when they came home to protesters.

However, this book makes it clear that these R.E.M.F.-ers suffered from the same boredom, the same less-than-optimal leadership, and the same jungle-borne diseases.

For me, the narrative falls somewhere between Portnoy’s Complaint and Catch-22.  There is a also a good deal of humor in R.E.M.F, especially for the military insider. We have the innocent young “hick” from Iowa with a wife and child “in the world” on page one. After that scene-setting moment, there follows an unrelenting focus on sex, drugs and how no one of a rank higher than 2nd Lieutenant is capable of thought, much less action or duty.

Van is off the bus and into prostitutes and pot almost on the first day. He has arrived ready to do it all. And he does do it all.

It takes him quite awhile to realize that the American massive military presence is what had reduced occupied South Vietnam to squalid poverty, prostitution, and the entire spectrum of drugs, as armies of soldiers historically tend to do. Mr. Carter makes it almost laughable to think that we were not driven out of this suffering country sooner than we were, due to the complete indulgence in gleeful ineptitude across all ranks and all services.

There are moments of discovery of strange yet satisfying foods shared without being able to communicate except by gesture, with kindness displayed on both sides.  Adventures with Korean soldiers stationed at American bases also relieve and temper the bleakness of being in a country with no real understanding of the language or customs.

What I missed in Mr. Carter’s book was any sense of pride or purpose. It only occurred to him on rare night rounds of the gun towers that there were reasons to do what his job required of him. How he was to do that, surrounded by out-right racists on all sides of the issue, “heads”, drunks and heroin addicts (don’t forget opium) is beyond me, and it is never explained). He forgot all about his wife and child, left two Vietnamese women heartlessly behind, went home with a paid-for education and went on to “in the world” success. It was disheartening to learn how deep the military sank into a corrupt mindset.  And I don’t think hippies were to blame.

I do strongly recommend R.E.M.F. It is a page-turner, taking us down an amusing rabbit hole into the underbelly of an ill-conceived, ill-waged war that wasn’t to anyone’s benefit in the end. Mr. Carter’s book makes a good companion piece to Ken Burn’s Vietnam documentary series, rounding out the story and leaving no eye unopened.