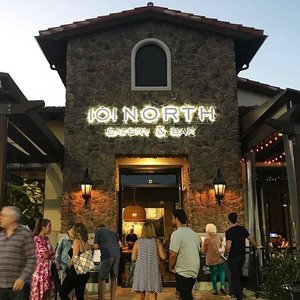 We recently visited the 101 North Eatery & Bar in Westlake Village and it was an amazing dining experience.  The staff were very accommodating and friendly.   The atmosphere and décor was just beautiful and they will be opening a lounge next door soon for special events and live music. 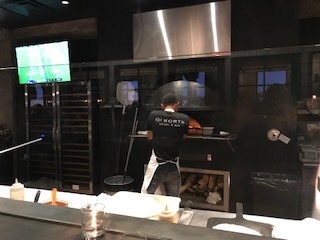 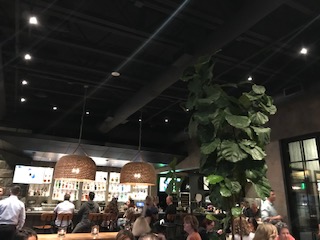 For dinner, we started with the little gem salad, hummus with pita and the tender Spanish octopus.   That was a nice variety of some of their fantastic appetizers.   Enjoy a cocktail or glass of wine with your meal as they have a full selection and wine list. 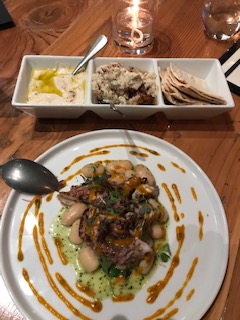 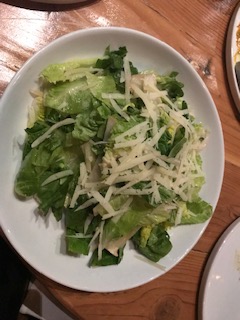 For entrees, we went for the Mediterranean Sea Bass complemented by roasted Babé Farms cauliflower, pine nuts and a green romesco sauce and Cumin Rubbed Lamb Rack with smoked eggplant, fregola pasta and cucumber mint tzatziki sauce. .  Great flavors on both dishes and a nice compliment of preparation.  You can tell how Chef Anthony is in his attention to detail.    We highly suggest a visit there on your next time in the area. 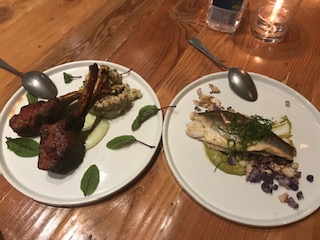 For dessert, they have a nice selection but we just went for the simple ice cream as we were stuffed and satisfied. 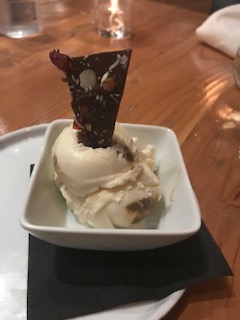 For more information regarding the restaurant and hours of operation please visit: www.101northeateryandbar.com

As the leader of our team, Chef Anthony has filled the kitchen with local talents that parallel his deep and unwavering passion for food. A native to New York, Chef Anthony has poured years of dedication into exploring ways to enhance his culinary abilities, most notably cooking in numerous award-winning restaurants all over the world, including Europe, Asia and the United States. Anthony Alaimo found his calling to cuisine at a young age when he began working after school in Italian restaurants throughout his native New York City. In pursuit of a culinary career, he journeyed up the Atlantic coast, which not only enhanced his knowledge but also fueled his passion by allowing him to work with local ingredients in the bustling seafood industry of New England. It was there that his culinary skills emerged as he was mentored in the art of blending unique seasonal ingredients and traditional Italian flavors.

His culinary ambitions brought him through many notable kitchens throughout the United States and Europe, which ultimately led him to the Bellagio in Las Vegas where he went on to work at legendary restaurant Le Cirque with Sirio Miccioni’s team. Resort mogul Steve Wynn and the Wynn Resorts organization later presented Anthony with an opportunity to create an Italian restaurant in Macau, China where he then spent nine years as the Chef De Cuisine. During his tenure at Il Teatro at Wynn Macau, he and his team earned the most prestigious hallmark of a young chef’s career; a Michelin star in addition to multiple Forbes 5 star designations. His travels throughout Asia and abroad have finally brought him back to Los Angeles where he is able to share these experiences and his passion with his guests.