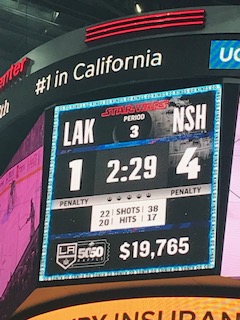 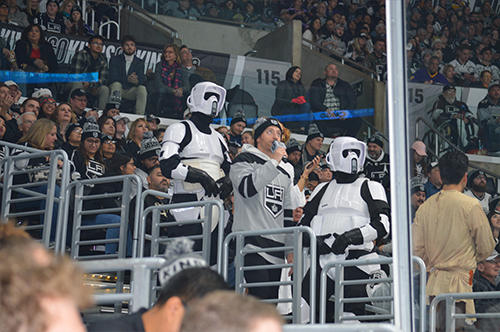 The King’s took on the Nashville Predators on a Star Wars night at the Staples Center. The visitors scored two easy goals in the first period to take a 2-0 lead. Their best player Roman Yosi (who leads the team in scoring) made an incredible 360 spin move and came in alone on LA goalie Campbell and then slid the puck across to Ryan Johansen for the second goal after assisting on the first one to Grimaldi and extending his point streak to 9 straight games. 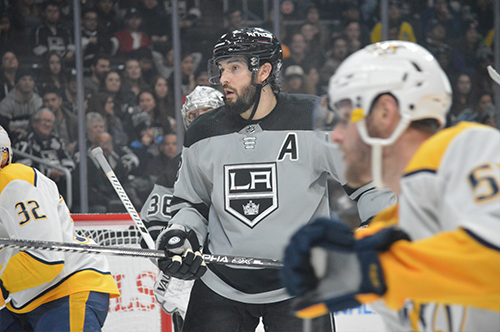 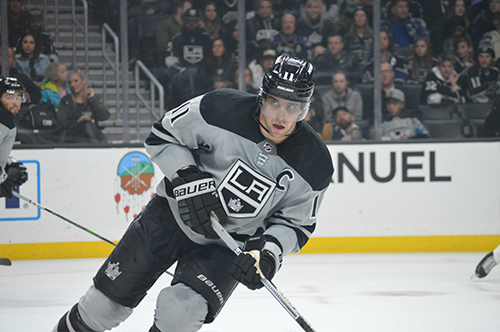 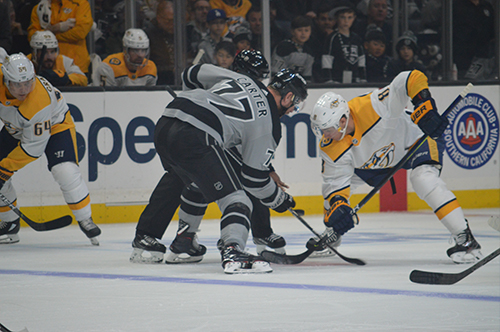 The King’s finally got on the board while in the power play after Nashville almost scored with a steal by Toffoli who passed to Iafallo who scored his 9th of the season.   Nashville goalie Pekka Rinne was tough to best as was Campbell and the score after 2 periods was 2-1. Alec Martinez returner for the first time since his wrist surgery. 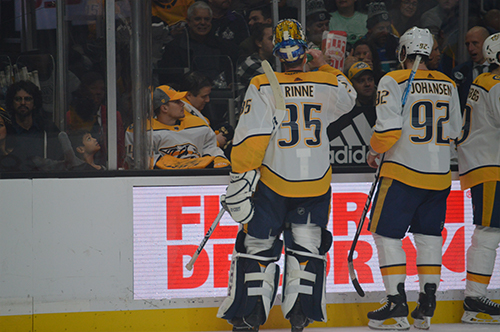 Two goals midway through the 3rd period by Nashville put the game away and the final was 4-1  The slings looked stagnant without a lot of scoring chances. They are lacking the lethal and offensive forwards to score more. More at www.nhl.com/kings 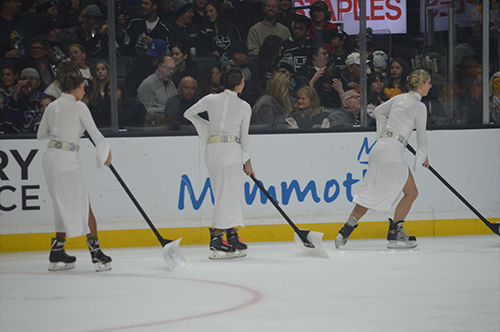 “It’s disappointing. It gives us an indication that we still have a lot of work to do. I’m disappointed in some individuals that have worked hard and crawled up into the lineup and have been competitive over the last little bit, they gave some of it back tonight. That happens sometimes, that’s experience sometimes that’s just getting comfortable, but they’ll need to be reminded that they’re important and we need everybody.”

(RE: WRIST INJURY AND BEING BACK)

“Obviously it’s no different than any other injury you don’t want to be out you want to be out there with your team and be a part of things. Unfortunately, it’s part of the game but we have a great medical staff, great doctors that took care of me, great development staff and trainers that helped me get back into shape so kudos to them.”

“I think just getting comfortable with our system. This was new for all of us as a group and I would say consistently from day one of training camp we’ve gotten better and gotten better and obviously we’ve had some ups and downs as any team does throughout the year. But I think just taking that next step and feeling more comfortable in the system and establishing that.”

“I thought it was really good, I thought we played a real strong first period, the second period we worked hard, and we made some decisions with the puck that gave them some opportunities but I thought in the third period we went back to that mindset of playing a smart, simple game. The guys worked hard and competed hard for 60 minutes and got a big road win with some guys missing out of the lineup.”

(RE: IMPORTANCE OF WIN)

“It was huge. It was a huge game for us, I was not happy with the way we were playing the last few games, so it was a big win, and everybody bought in and that’s what we need.” 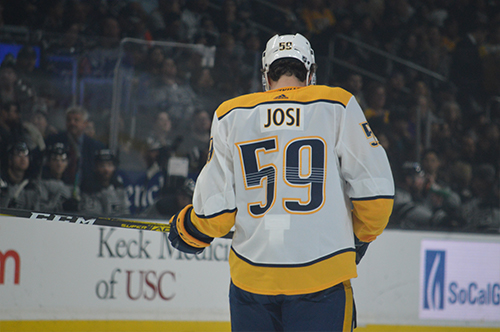 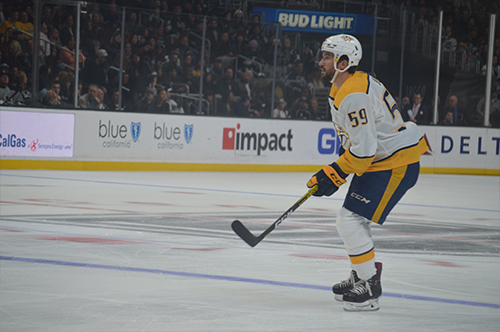 “It’s a huge win for us, and it’s our first win for us since Christmas break. Especially the way we lost the last game, I know it’s just another game, but with the game being outside and the magnitude of it, and having all eyes on us, it was a tough pill for us to swallow being up two-nothing and losing. So, we were hungry to come in and get two points tonight and do the same tomorrow night.”