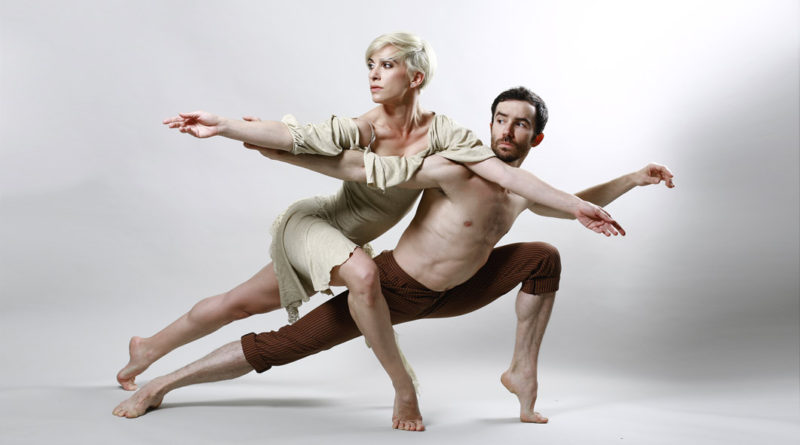 (Beverly Hills, CA – April 9, 2018) BODYTRAFFIC, among L.A.’s most invigorating and thought-provoking contemporary dance companies, makes its Wallis debut in three evenings of compelling dance, featuring the world premiere of A Million Voices, set to eight smoldering Peggy Lee songs, by Matthew Neenan, former principal dancer of Pennsylvania Ballet and co-founder of BalletX.  BODYTRAFFIC’s program will take place on Thursday, May 31, Friday, June 1, and Saturday, June 2, 2018, 7:30 pm. A talk-back with members of the company will immediately follow the performance on May 31.

Also featured is an excerpt by Stijn Celis from Fragile Dwellings, dedicated to the homeless in Los Angeles and set to music by Arvo Pärt and Pierre Boulez. Additionally, the eclectic program includes Beyond the Edge of the Frame by Sidra Bell, choreographed to “My Head is Slowly Exploding” from Perc’s debut album Wicker & Steel, which synthesizes the worlds of design, fashion and spectatorship and explores the complexities of the human condition; Georgie and Zalman by Ohad Naharin; and Richard Siegal’s, o2Joy, an exuberant homage to American jazz standards and the expression of joy through movement set to music by Clark Terry, Oscar Peterson and Count Bassie, among other jazz legends. The company’s debut appearance at The Wallis caps BODYTRAFFIC’s 10th Anniversary season and an international tour to more than 20 cities, including Moscow, St. Petersburg and The Hague.

“We are delighted to welcome BODYTRAFFIC back home to Los Angeles for the conclusion of its highly successful 10th Anniversary international tour and to premiere A Million Voices at The Wallis,” says Paul Crewes, The Wallis’ Artistic Director. “This groundbreaking company, which also concludes our dance programming for the current season, continues to infuse new energy into the dance world in Los Angeles and beyond.”

BODYTRAFFIC, which has helped establish Los Angeles as a major center for contemporary dance, bursts with “invention, attitude and urban edge” (The Boston Globe) and “sheer animal magnetism” (San Francisco Weekly). Founded in 2007 by Lillian Rose Barbeito and Tina Finkelman Berkett, BODYTRAFFIC has surged to the forefront of the concert dance world, recruiting great talent from around the globe to create world-class contemporary dance by distinctive choreographic voices. The company was named “the company of the future” by The Joyce Theater Foundation, Dance Magazine’s 25 to Watch, and “Best of Culture” by the Los Angeles Times. In 2015, BODYTRAFFIC was selected by the Obama Administration to be cultural ambassadors for the United States via DanceMotion USA℠, a dynamic cultural diplomacy program that supports United States foreign policy goals by engaging international audiences through educational opportunities, cultural exchange, and performance. BODYTRAFFIC has also served as cultural ambassadors for the United States in South Korea (2016) and Algeria (2017).

Single tickets for the performance are now avaialable for $45 – $125. For more information or to purchase tickets, visit  www.TheWallis.org/Bodytraffic  , call 310.746.4000, or stop by in person at the Wallis Annenberg Center for the Performing Arts Ticket Services located at 9390 N. Santa Monica Blvd., Beverly Hills, CA 90210.

Dance @ The Wallis is made possible in part by a grant from the National Endowment for the Arts.

About the Wallis Annenberg Center for the Performing Arts

Since opening its doors in October 2013, The Wallis has produced or presented more than 250 dance, theatre, opera, classical music and family programs to an ever-expanding audience. Under the leadership of Artistic Director Paul Crewes and Managing Director Rachel Fine, The Wallis brings audiences world-class theater, dance and music, performed by many of the world’s most talented and sought-after artists. Featuring eclectic programming that mirrors the diverse landscape of Los Angeles and its notability as the entertainment capital of the world, The Wallis offers original and revered works from across the U.S. and around the globe.

The mission of The Wallis is to create, present and celebrate unique performing arts events and educational programs that reflect the rich cultural diversity of our community. Nominated for 47 Ovation Awards, seven L.A. Drama Critic’s Circle Awards and the recipient of six architectural awards, The Wallis is a breathtaking 70,000-square-foot venue that celebrates the classic and the modern and was designed by Zoltan E. Pali, FAIA of Studio Pali Fekete architects. The building features the restored, original 1933 Beverly Hills Post Office (on the National Register of Historic Places) that serves as the theater’s dramatic yet welcoming lobby, and houses the 150-seat Lovelace Studio Theater, GRoW at The Wallis: A Space for Arts Education (a gift of Gregory Annenberg Weingarten and Family and the Annenberg Foundation) and the contemporary 500-seat, state-of-the-art Bram Goldsmith Theater. Together, these structures embrace the city’s history and its future, creating a performing arts destination for L.A.-area visitors and residents alike.

1 hour and 40 minutes, including a 15 minute intermission