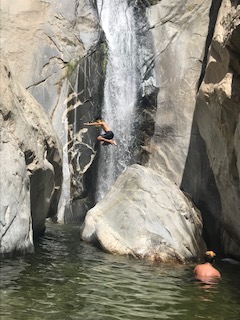 With the covid-19 pandemic still in effect, we did check out some places in the desert that have recently re-opened utilizing social distancing and/or face masks. 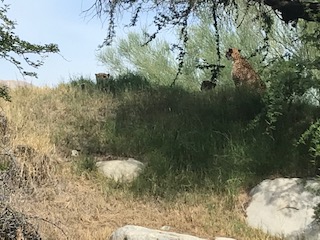 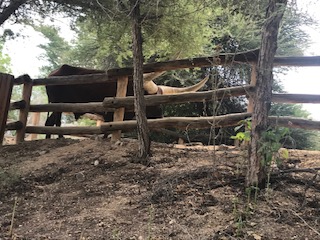 The Living Desert in Palm Desert is the Coachella zoo.  With a wide variety of animals from around the world, this is a great visit.  Definitely recommend going early especially in the summer as not only will you see more animals but it will get hot for yourself. 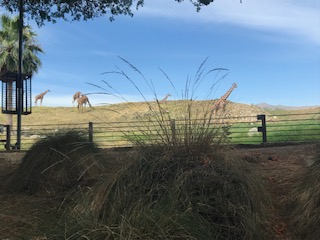 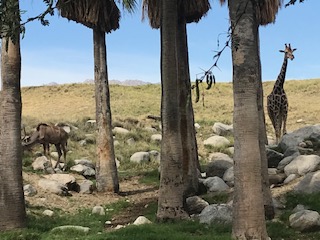 Birds, giraffes, cheetahs, zebras and camels were some of the highlights but do not miss the wallabies (similar to kangaroos but smaller in the Australia exhibit) as it is an open area where they literally hop right by you.  Many of the indoor exhibits, shows and some other areas were not open but you can still enjoy 2-3 hrs there. 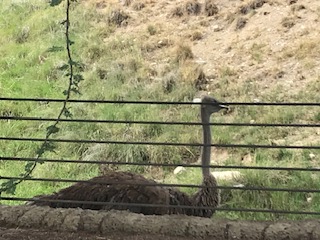 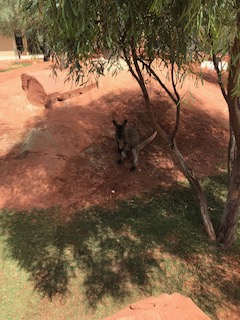 The Palm Springs Air Museum was extremely interesting but hot in the summer even under the hangers.  We stayed pretty much inside the open hangers but some many war planes from Vietnam, Korea, the World Wars and the Pearl Harbor exhibit. 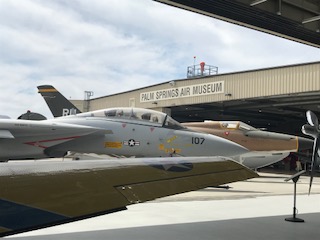 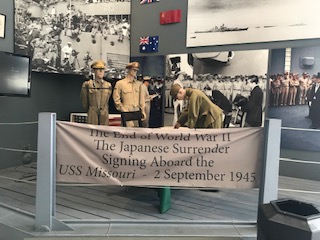 You will gain some knowledge while checking out these old time air-crafts.  They have a big board with photos of ex-presidents that served in the military. We would like to come back another time if the year to explore more along with some hands on exhibits that were not open due to the pandemic.

There is always something new at the Palm Springs Air Museum, where history flies through the skies, and visitors can get close to the vintage World War II and Korea and Vietnam-era aircraft. Over 60 flyable and static aircraft from World War Two, the Korean and Vietnam Conflicts are on display inside four climate-controlled hangars totaling 86,000 square feet.  Several of the volunteer docents inside the Museum flew these planes and past docents served on the ships. The hangars are organized by theme, with related exhibits lining the walls. Visitors enter through the Lobby and pay at the Gift Shop to get their wristbands.  From the Lobby, visitors can either go straight, past restrooms and the Buddy Rogers Theatre to the hangars or head upstairs by elevator or staircase to the 9,600-volume research library and Education Center. [Upstairs closed due to Covid 19] In the outer room of the Library are computer flight simulators to entertain and teach the principles of flight to people of all ages. Vintage warbird rides are available for purchase, starting at $99 for the C-47. The P-51 Mustang, the T-28 and the T-33 take one passenger only. Visit the online booking site at palmspringsairmuseum.org

The Pacific (Navy) Hangar includes exhibits and aircraft used by the Navy in the Pacific Theater during World War II. Highlights include the Pearl Harbor diorama narrated by NBC journalist and author Tom Brokaw, the Grumman “cats”: Corsair, and Dauntless. Ship models, uniforms and weapon display cabinets complement the large wall Pacific Map and the aviation art by American Stan Stokes. Nearest the single door in the southwest of the hangar, is the Japanese Surrender on the Missouri exhibit.

The European (Army) Hangar features exhibits, and aircraft used by the Army in the European Theater during World War II.  Highlights of this hangar include the B-25 Mitchell Bomber, P-47 Thunderbolt, Avenger, the restored to flight P-51 Mustang (painted with Red Tails colors), the P-63 King Cobra, the Spitfire and the C-47 when she is not flying. Other highlights in this hangar include the Tuskegee Airmen mural, the interactive Living History Kiosk, the large wall European Map with interactive display, the Women Pilots of WWII exhibit, and the Norman L. Sirota D-Day Gliders’ Display against the north wall of the hangar. NOTE: interactive displays not active due to Covid 19.

The smallest hangar (B-17) contains the B-17 Flying Fortress, the Berger Youth Exploration Center with fun, interactive activities for young people, the Gen. Ken Miles Aviation Science Center, Victory Canteen and restrooms. Flag and engine displays are also in this hangar.

Lastly, we went to check out the Tahquitz Trail on Indian Reserve land in Palm Springs.  Go early to avoid the heat and crowds on this 2 mile round trip semi loop.  Due to the hot weather, getting to the waterfall and swimming area was the highlight attraction of our whole trip. 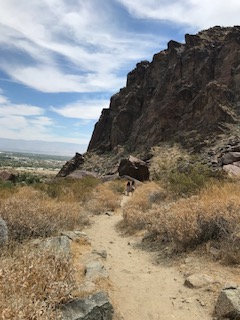 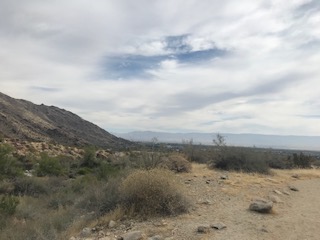 About half way in, you will come to the awesome 60’ waterfall and small like lagoon. 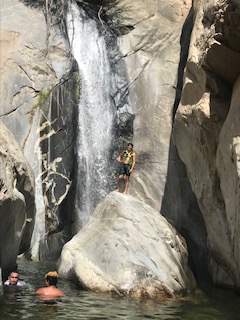 The water is pretty cold but it is refreshing in a hot day for a plunge.  Swim around and near or under the waterfall if you are a good swimmer and daring.  There are no lifeguards so do this at your own risk.  Some people were even jumping off rocks in the deeper water.  Bring a snack or lunch and spend some time there before heading back. 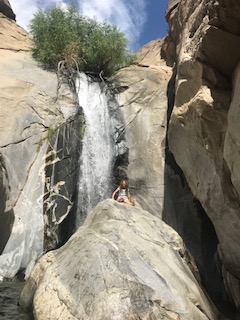 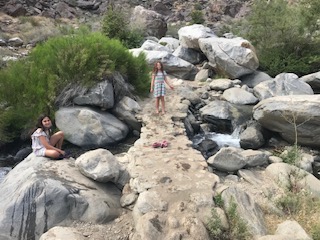 The elevation is minimal on the way up but do not miss this popular spot on your next visit as you will be in for a treat for close to half a day.  More at www.tahquitzcanyon.com/canyon